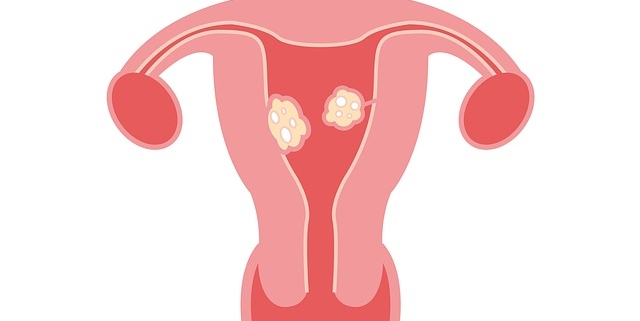 Fibroids are abnormal growths that develop in or on a woman’s uterus.
Sometimes these tumors become quite large and cause severe abdominal pain and heavy periods.
In other cases, they cause no signs or symptoms at all. The growths are typically benign, or noncancerous.

Fibroids are also known by the following names:

What Are The Different Types Of Fibroids?

The type of fibroid a woman develops depends on its location in or on the uterus.

Subserosal fibroids form on the outside of your uterus, which is called the serosa. They may grow large enough to make your womb appear bigger on one side..

4. Submucosal fibroids:
These types of tumors develop in the middle muscle layer, or myometrium, of your uterus. Submucosal tumors aren’t as common as the other types.

The question is what causes fibroid?

The causes of fibroids are not yet specifically known.
Notwithstanding, there are a lot of factors that stimulate and brings about the growth of fibroids

1. Hormone
Estrogen and progesterone are the hormones produced by the ovaries. They cause the uterine lining to regenerate during each menstrual cycle and may stimulate the growth of fibroids.

If these 2 hormones are not balanced, there is a high tendency of developing fibroid sooner or later.

2. Diet
This causes 90% of fibroid problems we have these days (especially among women below 50yrs).
Excess intake of cholesterol food, food with LDL, trans fat, etc feed fibroid and encourage fibroid to grow.

A lot of fibroid patients have been encouraged to go for the Operation of fibroid but unfortunately, 65-70% of them grow back within 6months to 1 yr of the surgery.

Another painful part of it is that some of the women in this challenge are trying to get pregnant but after the operation, 6 out of 10 would discover that they couldn’t still conceive either as a result of complications during the operation, mistakenly removal of some part of the uterus during operation or some other reasons.

Raitcare services have gone out with the primary purpose of reducing the rate of fibroids, infertility, and chronic diseases using organic choice-herbs best for each blood group.

It is good to note that, If you have an infertility issue that is not only due to the fibroid, make sure you treat every other challenge first (e.g Hormonal imbalances, Blocked Fallopian Tube, Ovarian cyst, Infection, PID, etc.) before facing the fibroid, this would help a lot and it would make your fibroid treatment to be easy and also increases your chance of getting pregnant.

If you have the case of multiple fibroids especially inside and outside of the uterus, it can also be treated but may take a longer time than a single fibroid.

Can a fibroid patient conceive?

The answer is both Yes and No

If the fibroid is inside the womb (intramural), it may not allow for pregnancy until a full month because of the competition between the fetus and the fibroid.

The good part of this fibroid is that it can easily be treated because whatever herb you take from us according to your blood group work inside the uterus first.

If the fibroid is outside the womb (Subserosal) and it is not too big or multiple, it can still allow for pregnancy

Concerning this issue of fibroid, it is better to spend money getting necessary treatment materials, apply the correct method of preparation and get your desired results than wasting your precious money and time jumping from one drug to the other without knowing the effect such drugs might have on (with respect to different blood type)

It is important to say it here that, while undergoing fibroid treatment especially when you have decided to go for natural and organic means like the one from RaitCare Services, you have to follow instructions and patiently take the treatment accordingly.

Fibroid doesn’t grow big in a day but gradually, likewise, the treatment doesn’t take it away like magic. The treatment will take its time to work on the fibroid and most importantly, to ensure it doesn’t grow back after treatment.
The bigger the fibroid, the longer the time it takes to shrink and if it is multiple, it may take a longer time but it will surely shrink/vanish without growing back.

Want to join the discussion?
Feel free to contribute!

Your Blood Group And How It Affects Your Treatment Of Diseases, Food Choices...
Scroll to top